This section is to showcase upcoming content for TRS19.

Submissions Closed: If you have a project or individual content items that you would like to submit for inclusion in TS2009, please provide details here. This could be scenery items, locos or fully fledged routes. Include a link to your Content Creation Groups page if applicable. Projects will be chosen with a focus on quality and ability to deliver on time. Content made to TS2009 specifications and quality guidelines is preferred (TBD- normal mapped, quad-detail terrain, etc.) Use the 'edit' button on the top toolbar to add your entry.

It should be finished sometime this month. Progress: Everything is going to plan. The loco is now in TC3. I now have permission for the engine/engine sounds/horn sound thanks to Crazy, Nameplate script (easily select nameplates with numbers thanks to Eldavo. Still need to sort other things out. The loco and bogeys are about 90% complete, the script is about 99% comlelte and the attachments…that’s about 60% done. So all in all it should be done by this mounth! Normal maps can be added and the textures and mesh are suitable for LODs. Pictures: 1 image 2 A new skin: image 3 < Still needs plenty of work! I hope to do all liveries. Also if some one would like to create a reskin it is mapped out so it simple to do so! I do work on my own but I am happy to work with and for group and to work with each other to get things done. 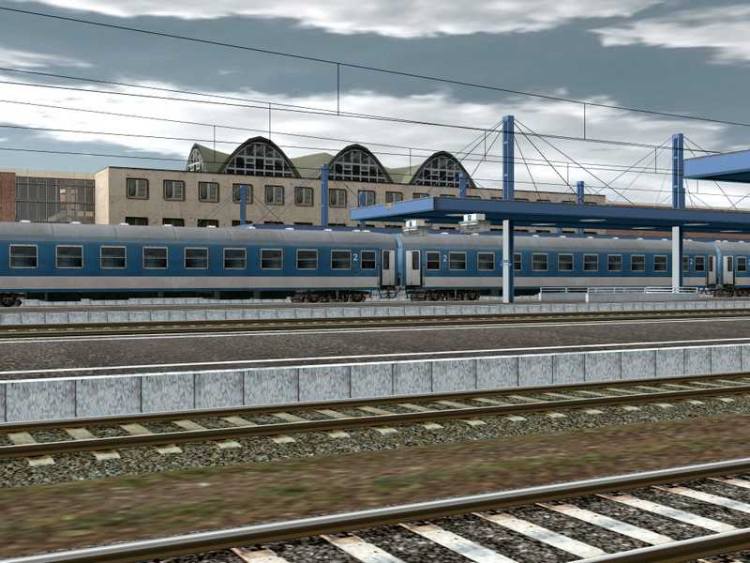 Debrecen Station created by Guriga. The train on the image is a not released FMA product.

Trackside Objects, Routes, and also Scenery, Tracks and Trains (soon) from France and other countries are proposed for download.

As there was few French material integrated in the previous versions of TRS, we propose a set of scripted signals and reflective signs to be integrated in TRS 2009. Please download our pack here : http://www.carreweb.fr/temporaire/French%20Signals%20and%20Signs%20(SNCF).zip . Enjoy ;-)

for TS2009. It's currently up for download at TCR but there's a few things I probably would like to update before it's put in to TS2009. (EDIT: the update is done but i've noticed in the beta that u used someone else's A-200 o well)