Commands are listed in the display at the bottom of the page. These commands can be dragged and moved around to alter the order the commands are enacted.

Users can also Pause a schedule at any time. This can be useful to unblock a stand-off where two AI drivers are competing for the same section of track for example. 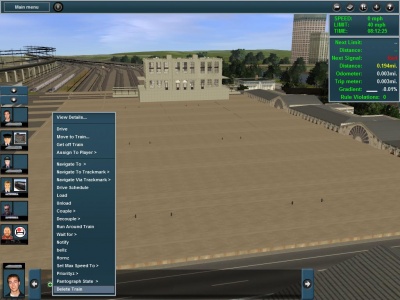 Return To How To Guides